The Sex Life of the Komodo Dragon 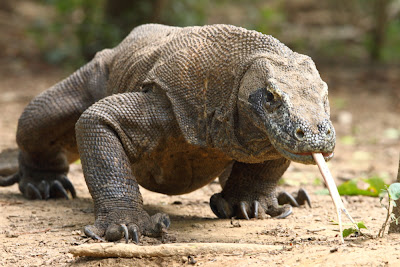 The most exciting interview I recorded last year was in the komodo dragon enclosure at London Zoo.  Part of the interview features in the latest part of the series Sexual Nature on the BBC World Service's science slot, Discovery, and first broadcast on BBC Radio 4 in January. 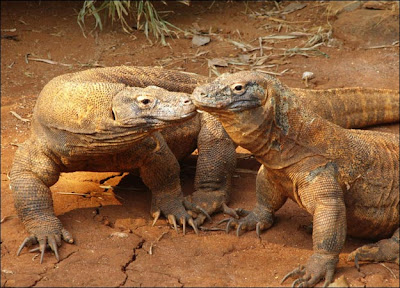 The Komodo dragon is the world's largest lizard - the biggest recorded was a male 3.13 metres long (more than 10 feet long) and weighed 166 kilos.  Presenter Adam Rutherford and I met London Zoo's male dragon, Raja - a mere 7 feet long.  Senior reptile curator Ian Stephen introduced us and - as you can hear - answered every question that Adam could throw at him on dragon husbandry, virgin birth or parthenogenesis in these giant lizards, and courtship and sex in komodos.  Many of the gory details didn't make it into the broadcast programmes so on this page I've posted more of the audio we recorded.

A Tale of Two Penises 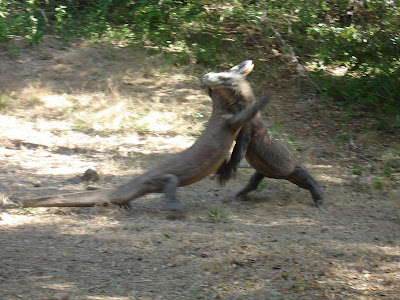 If you want to hear what happens when male and female dragons mate, this interview segment is for you.   Courtship involves several days of 'bipedal wrestling' and culminates with the likes of Raja revealing his hemipene (a sort of double-ended penis).  The image below shows those of another species of monitor lizard - just in case you are finding hard to picture... 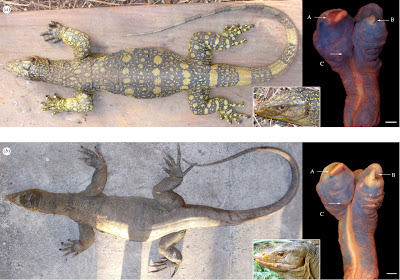 Poor old Raja has yet to perfect his lurve technique so Ian and fellowkeepers have had to give him a helping hand.  All is revealed here. 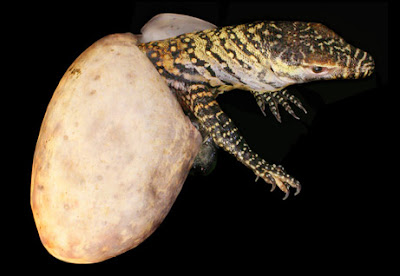 Under some circumstances, female komodo dragons can produce offspring without the wrestling, injuries and hemipenes.  Several zoos in the past ten years have documented instances of 'virgin births' or parthenogenic reproduction in komodos.  These were individuals who had not mated.  At London Zoo, they had a clutch of asexual eggs laid by a female called Sungai, most of which hatched.  All dragons produced this way are male. 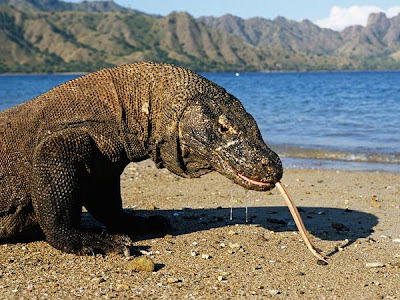 Herpetologists speculate that a female dragon might use this male-making trick if the lizard comes ashore alone on a hitherto komodo-free island.  She produces some sons with whom she can then found a new breeding population.  Ian Stephen and Prof Jennifer Graves of La Trobe University in Australia explain in this slightly longer audio segment from the BBC programme.


Filming, Feeding and Fondling the Dragon

London Zoo's Raja is, in fact, a Bond dragon.  He was filmed for a CGI sequence in 'Skyfall' - the scene where 007 has a fight in a pit of komodo dragons in a casino in Macau. 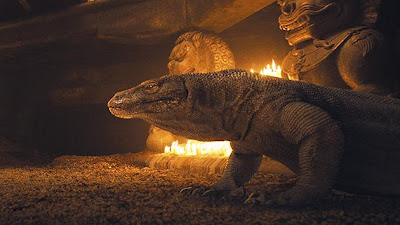 Curator Ian told us that the celebrity reptile was not at his liveliest the morning in December we visited.  Raja had just downed 15 kilogrammes of horse carcass. 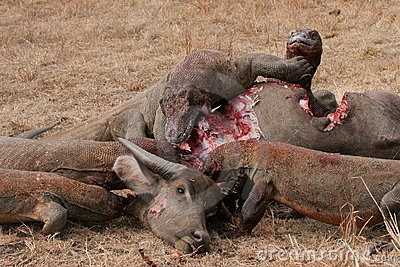 Raja was docile enough for us to creep right up to him and for Adam and Stephen to give him a stroke. 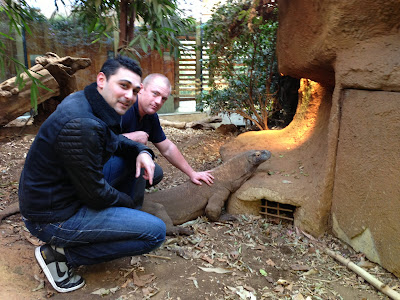 Close up, under the dried blood and dust, komodo dragons are colourful. 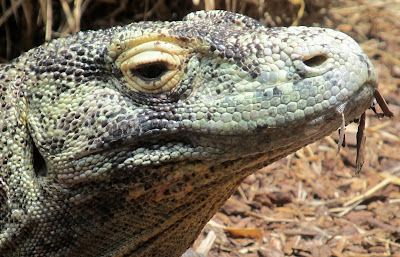 There is more on feeding komodos (including advice on avoiding a fat dragon) and the experience of being inches away from one of these magnificent reptiles in this segment of audio. 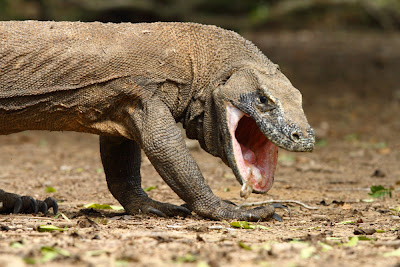